Happy days the Typhon Siege Tank has arrived!!.....well at long last anyhow, I've been waiting for this replacement Tank for so long.

Anyway I'm not going to bitch about it too much (crappy postal system) as it apparently got lost in the post, The guys down at Forge world were great as always and after my final call last Tuesday I received my package on Friday and what do you know it had a little added bonus something throw in, Trouble is I already own the Narik Dreygur miniature but I'm sure he will be used at some point in the future and it shows what a bit of cheekiness can achieve ;) 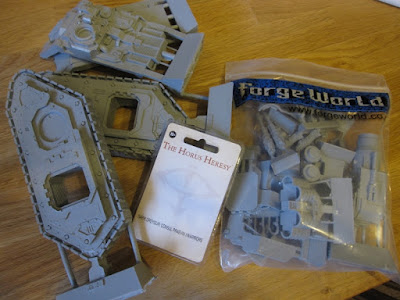 Just a side note about the guys that answer the phone at Forge World, I know they are there to sell products take orders etc but sometimes I've been on the phone over 30min's just talking about the hobby what I'm doing their doing and so on, They take a genuine interest and i think that's great, Always a pleasure when I ring them. 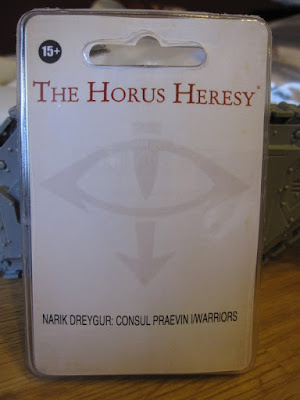 Joy of joys Tracks on folks!

Yeah that's right Guys the new tank arrived with moulded tracks, So glad I don't have to fiddle with that nightmare again, Cutting bits of track and so on really got on my nerves after the three Proteus tanks. 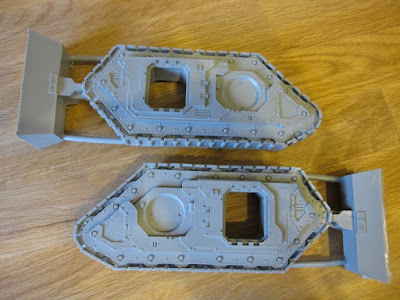 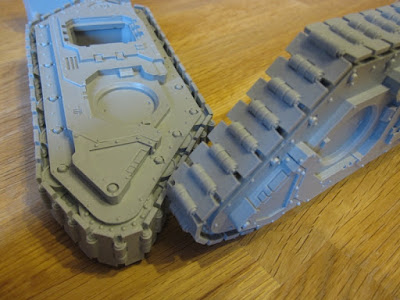