So then first post of 2016 and couldn't resist showing you guys this little diamond from Forge world which by the way will be mine no matter what the price sometime this year, It's so awesome! the size of the beast and what it does is Iron Warriors through and through.


Anyway lets have a look at it, First up it looks like it has some sort of large melta type weapon up front flanked on each side by smaller twin linked meltas, I think these weapons are to weaken walls as the beast (mastodon) steams through breaching fortified defences. 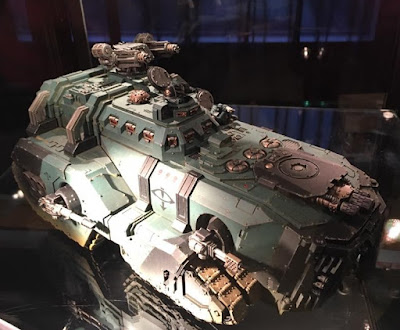 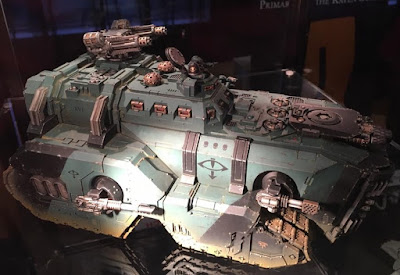 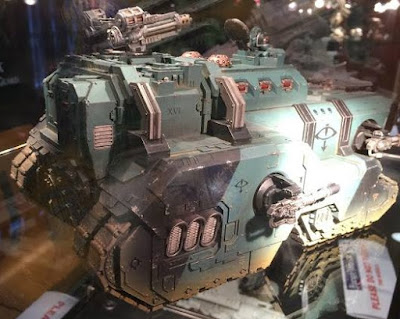 The Mastodon also has Lascannon and Heavy Flamers on each side but what strikes me more is the twin linked weapon on top, to me right now it like some sort of high velocity AA mount, anyhow whatever it is it's new, I'm thinking the rules for this beast and all it's weapons will be in book 6. 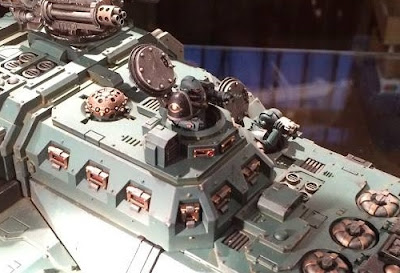 Not so sure but could that be a void shield behind top hatch.

Internal view of the Mastodon shows a second door to the rear ....So what are we talking here gents well looks to me like as the breach happens the 20/40 marines on board rush out then rear door drops creating a armored corridor for more marines terminators....outstanding!!!
Posted by Jay188 at 12:14 PM 4 comments: