Hi, this blog is for me to share with you all my journey from start to finish the creation of my version of the Scythes of the Emperor SM chapter, along the way I hope to show you all how I create and convert different models and vehicles for their chapter as well as side projects to keep me sane from all the black and yellow.

I am new to the 40k hobby, painting and playing, so are in no way an experienced veteran but during my journey I hope to show you my progression.

Anyway enough of the flannel, down to brass tac's, so far I have completed a tactical squad and rhino for them, starting small ive kit bashed a few of the tac's using forge world parts my favourite being the SM with the sniper bolter, and I have used a couple of scopes from a landraider kit for my rhino along with some chains on top, note the little scope overlooking the rear door, I used the tubing from a meltagun as a cable conduit on the back of it. 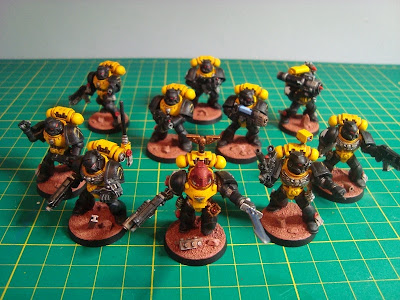 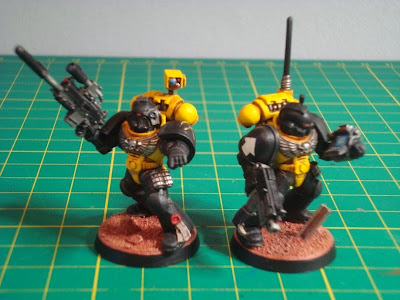 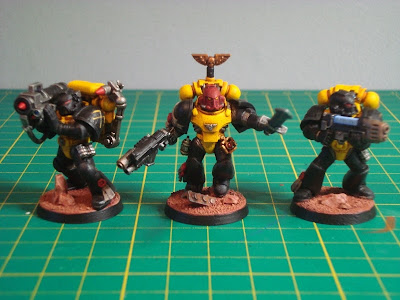 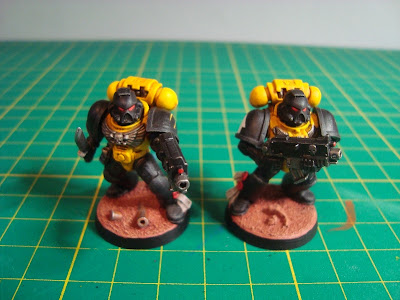 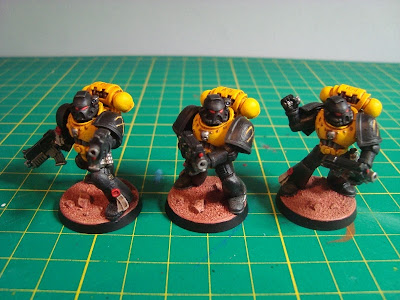 The red martian bases were finally settled on after many test pieces, I can imagine that the Scythes have searched for a suitable planet to colonise and have picked this one, maybe for mineral/fuel resources to replenish and continue there search of the hive fleet Kraken on board the Heart of Sotha, the Scythes last remaining Chapter fleet starship, or maybe to establish a new home world after the fall of Sotha.

For a little interest on the bases I have used bits of shaped plastic bought from my local hobby store, I cut and angled them in such a way that it looks like odd bits of metal and battle field debris partially covered by the red martian sand, I think I will add more of these to future model bases as I now think applying them to 3 in 10 bases isn't enough and looks a little too sparse. 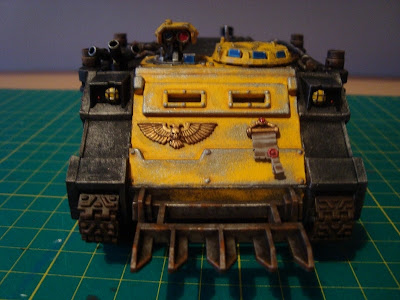 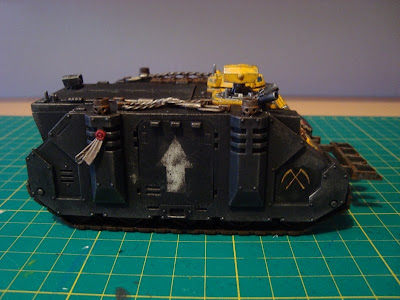 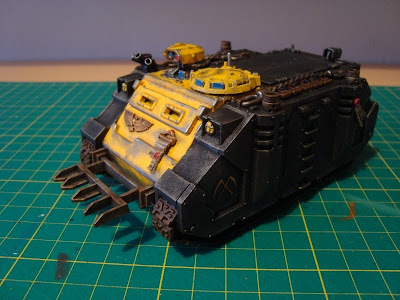 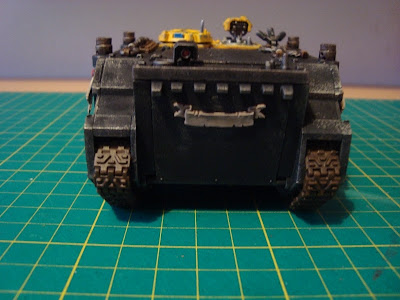