Hi guys, Well then Imperial Knight miniatures from Games Workshop (Warhammer) and Forge World have been around for ages know and although I've always wanted to own and paint one there's often been it seems more important models to purchase for me.....until now. 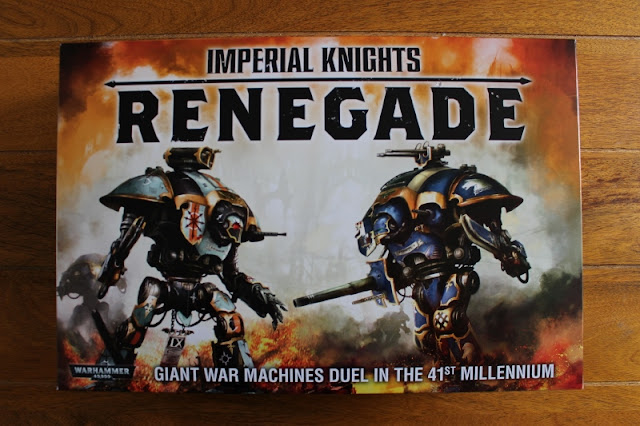 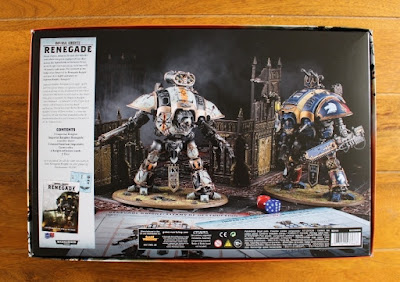 So then on with the unboxing and I've got to say this box set is terrific value as are alot of deals GW have on in store at the moment, You essentially get a Knight and terrain piece for twenty five pounds and further reductions can be had from independent retailers so quids in.


You get all the sprues you need for two Knights to make both the Errant and Paladin one of each or two of the same it's up to you, Also a separate Warden sprue but just one of these plus you get the bases and the smallest transfer sheet known to man...not so good.


For the little extra touch you also find the Sanctum Imperialis terrain piece...why not, and all the instructions. 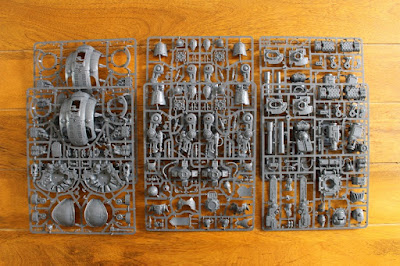 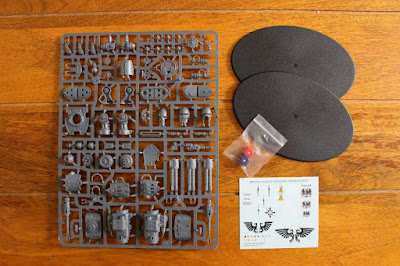 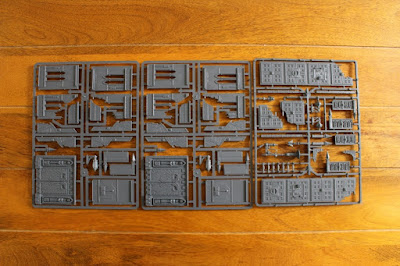 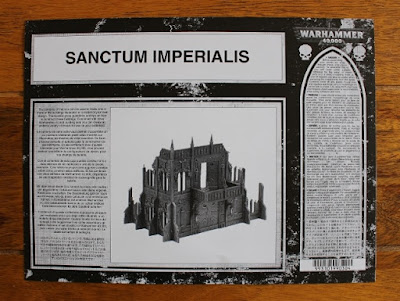 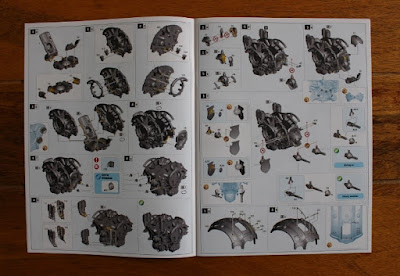 So then the game...will anyone be playing it or like me and see this set as a cheap way of buying Knights, Whatever your motive there is a game here I've had a slight look in the rule book (not bothered really) which isn't many pages thick missions etc so I think would be quite easy to pick up if that's your thing, You do get a couple of A4 Knight damage cards which look good and your probably better to get those laminated if your serious about the game. 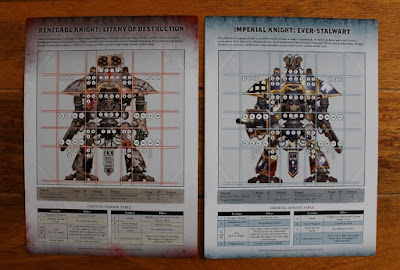 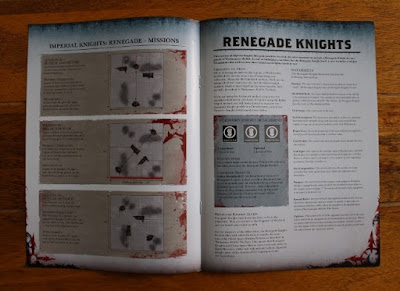