Hi guys, Well I've finally found the time to sort this little fella out, Seems he's been on the to do pile of months now....as are a shed load of other minis but I'll get to those later. 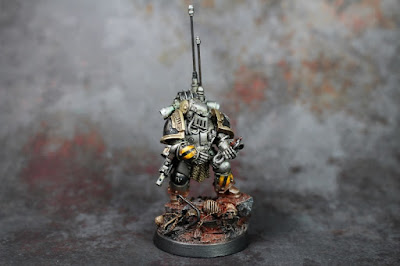 I'm really liking this kit-bash especially the pose and base, I wasn't keen at first but the twin aerials have grown on me.


I've gone for a underslung bolter even though the miniatures stats dont have the option for one (artistic license) I think it looks the part and I'm happy with it. Again more Army Painter razorwire added to the base...hope I'm not overdoing it I'll maybe ease off with it on the cannon fodder. 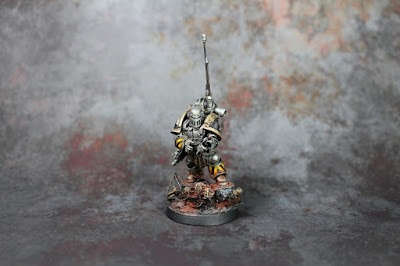 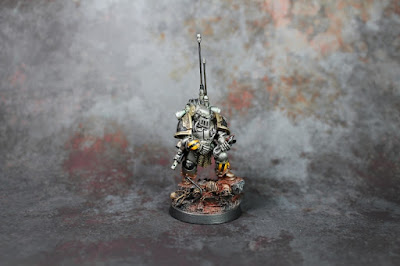 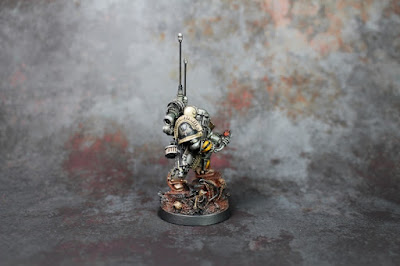