Scythes of the Emperor Tactical Squad kit-bash.....first of three.

Hi guys, well then as the title suggests this is the first of three tactical squads that I have planned for the new Scythes 1850pt army it's the smallest of the three squads at just six marines but don't be fooled folks as there kitted out for close quarter heat toting a Flamer and Combi-Flamer.

For this new Scythes project I plan on kit-bashing most if not all my marines taking full advantage of various marks of armour from Forge World and Games Workshop to emphasize the wombling nature of the Scythes of the Emperor, even though they are just tactical marines I want to project an elite battle hardened look to the force which in my opinion is the way to go given they would be part of the 130 or so marines that lived after the withdrawal at Giants Coffin, only the cream and the lucky survived you see.

Anyway guys time for some pictures, nothings painted up as yet but there here and stuck together with bluetac for your enjoyment :) 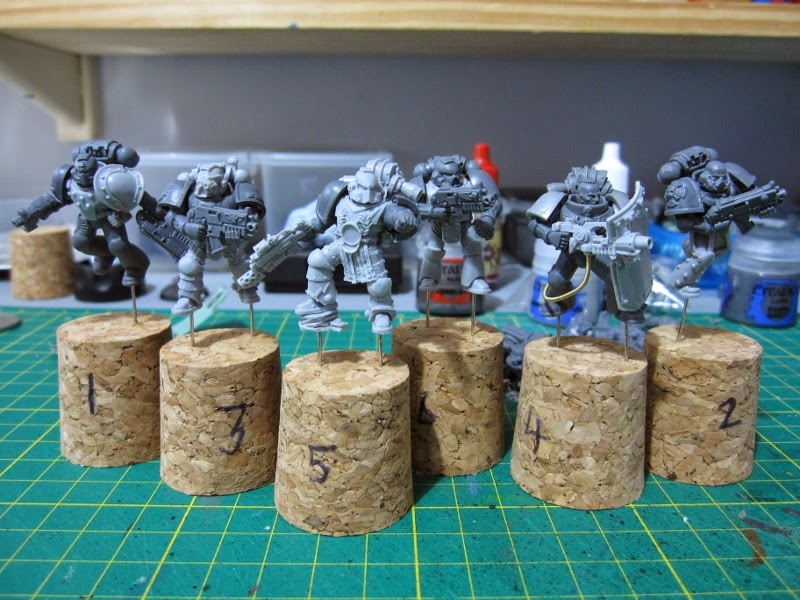 I'm still working on the new yellow for the Scythes but have the Black and new base design just about nailed. 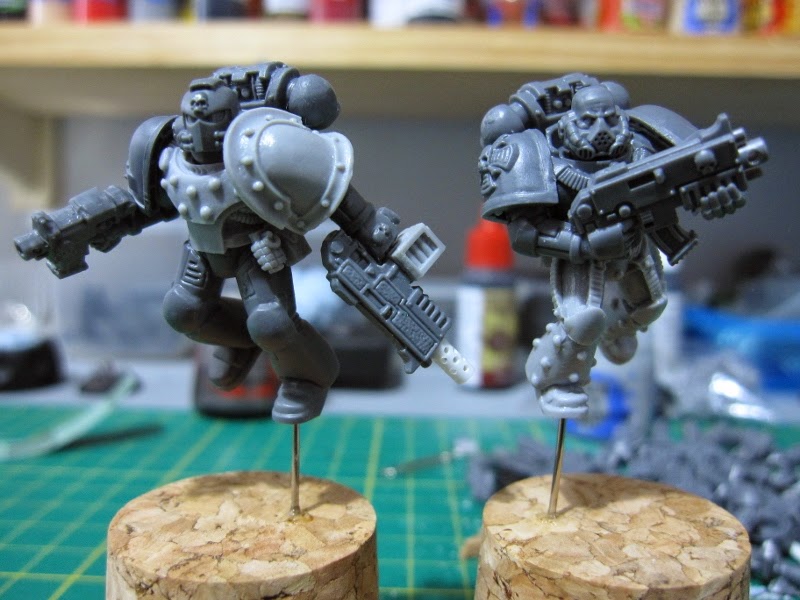 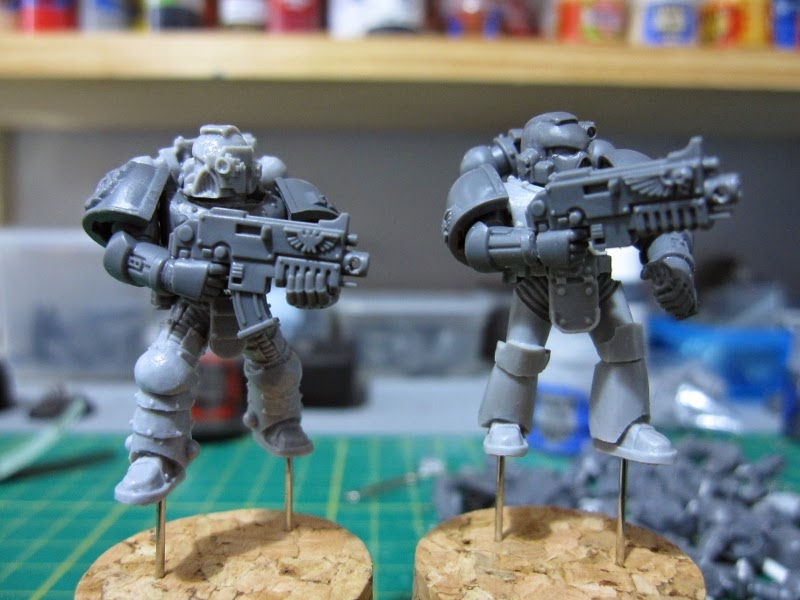 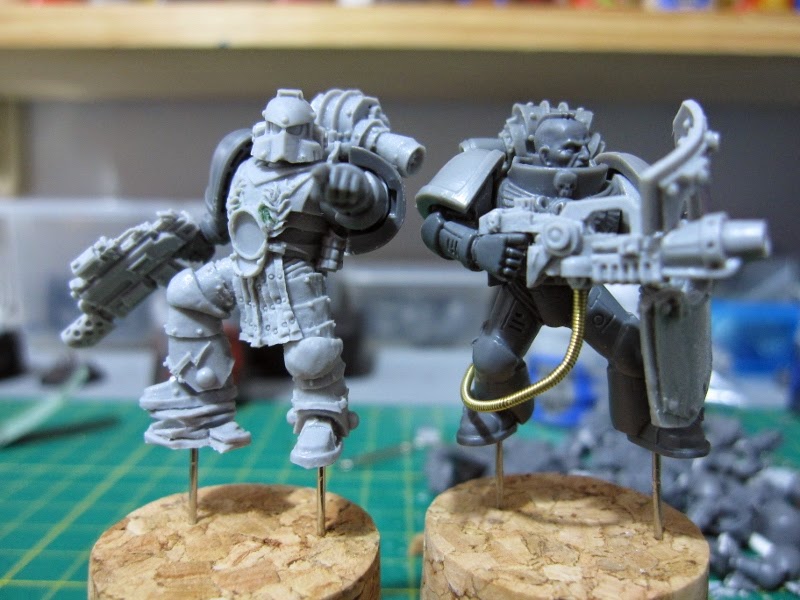 I had loads of tactical marine bits and pieces laying around but wouldn't you know it not enough arms so I bought another tac marine box (my first of the new ones) and loved the new heads especially the one with the large re-breather, also liked the hand with the bolter magazine, just had to use it. 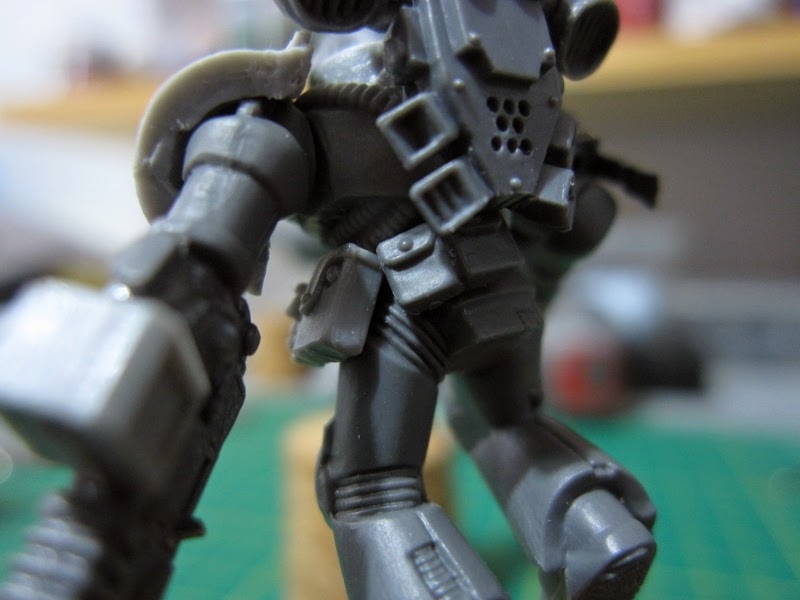 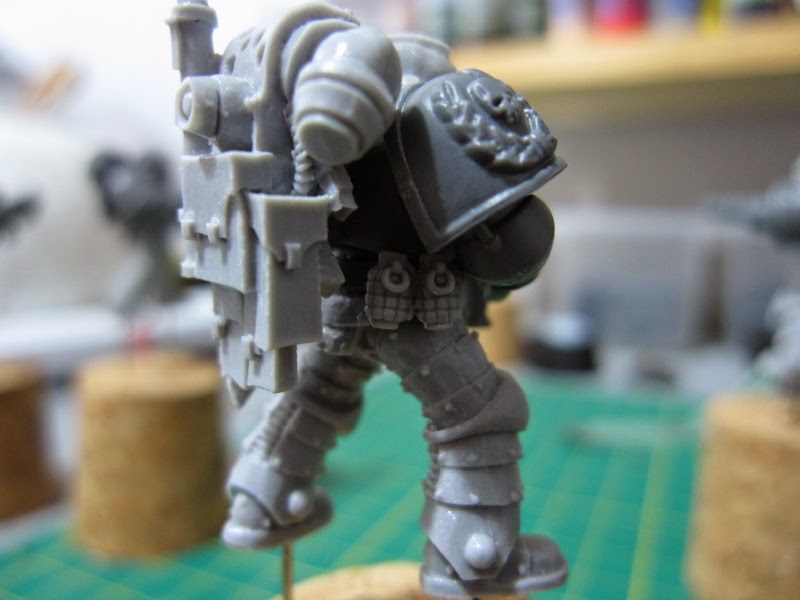 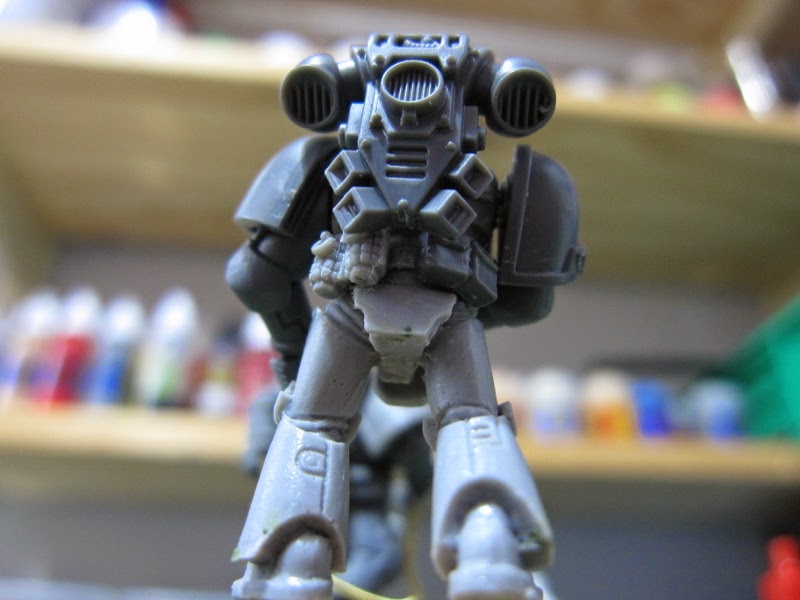 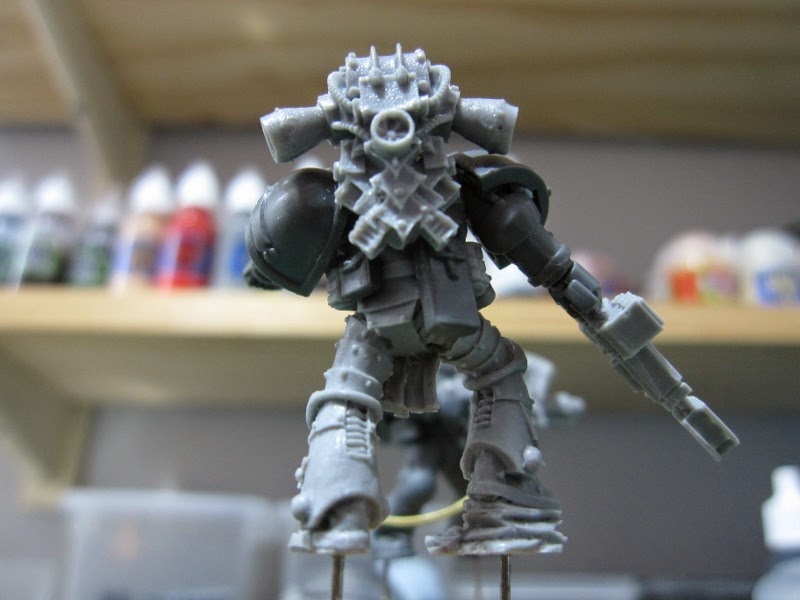 I've added various packs and grenades to their belts this time around to hopefully add a little more interest and to once again project that well equipped elite feel to the marines.