Hi guys, well I've just returned home from a lovely family holiday and with what limited spare time I had I read what I consider a great short story by Richard Williams titled "Orphans of the Kraken".

The storys main charactor is Brother Sergeant Tiresias of the Astartes Chapter Scythes of the Emperor, he is one of the last few remaining Scythes from their destroyed home world of Sotha and now finds himself reluctantly commanding the 21st Salvation Team, a team of  Neophytes who by the most part were spared the full horror of Krakens relentless advance and as a result are a little too cock sure of themselves. 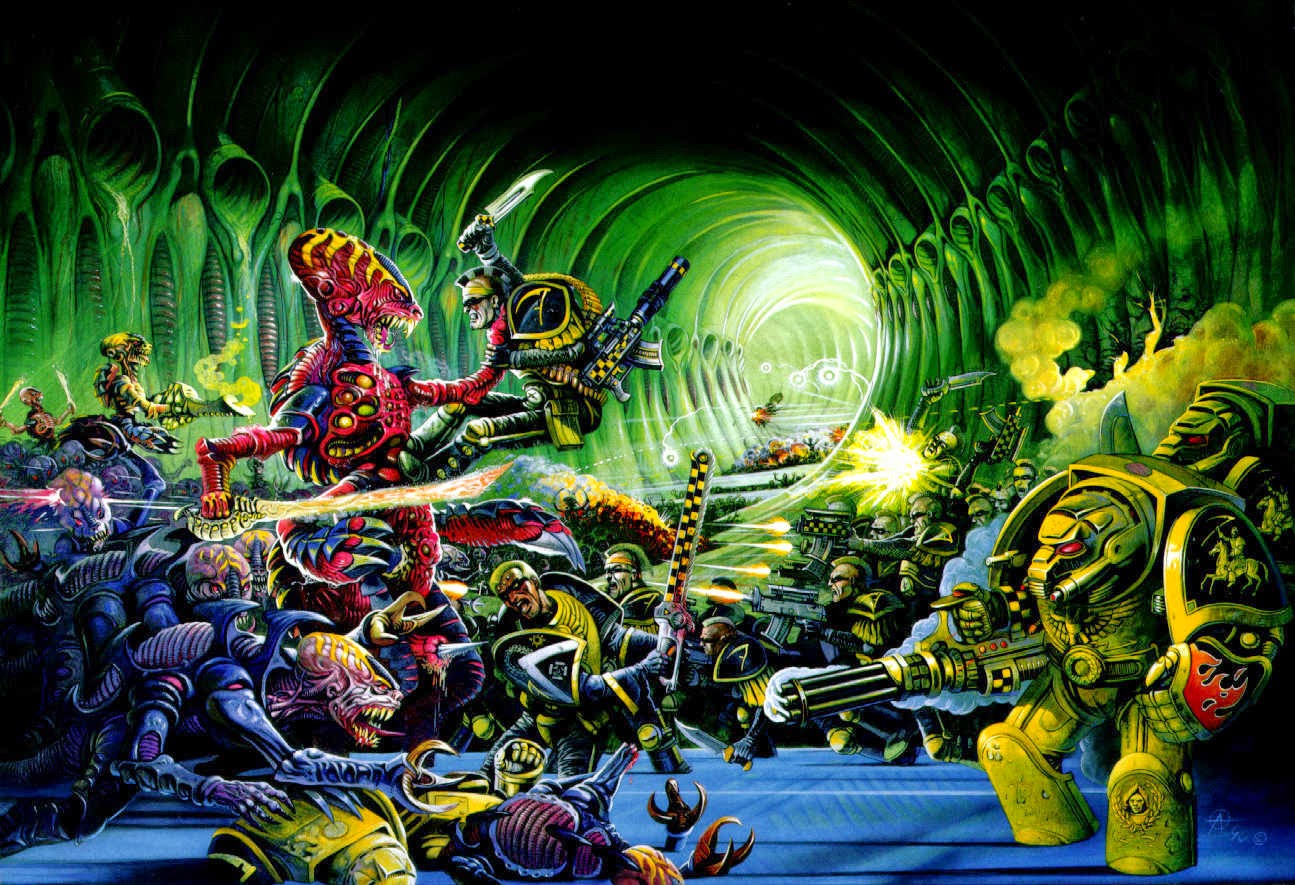 Salvation Teams directives are to find survivors onboard dead Tyranid bio-ships, those Sotha Veterans that lead these teams see it more of a salvage mission finding weaponry and armour and not fitting of an Astartes who in their opinion should carry the fight to the end and not rebuild the Chapter as Master Tharsius wishes, there lies the conflict in the chapter, a chapter on the brink of extinction and one mans desire to rebuild.

The plot twists and turns and so not wanting to spoil I'll leave it there, needless to say I think it was a great read and adds alot of depth to an already great chapter, a must for Scythes fans!.
Posted by Jay188 at 1:33 AM