I've recently stumbled across this outstanding artwork by Jon Sullivan depicting the Scythes of the Emperor.

Maybe its the Scythes last stand on Sotha or Thorcyra's heroic rear guard action at Giants Coffin in any case the end looks near for these few brave marines. 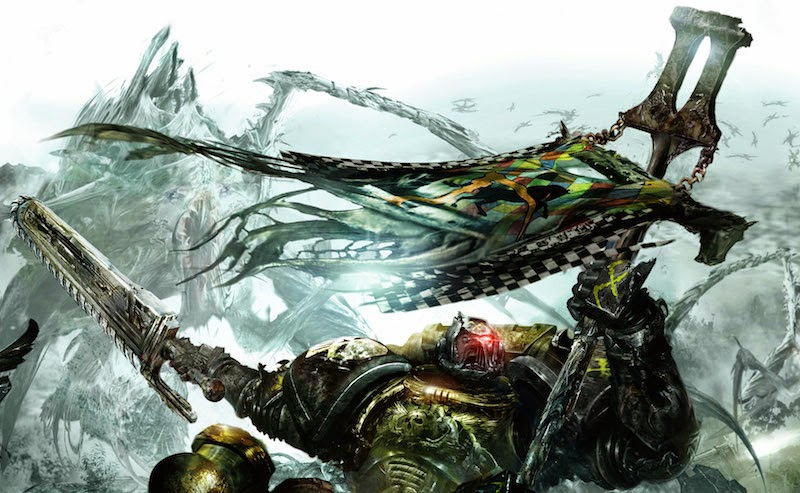 Close up pictures, its great to see the Scythes getting some love and attention, Original artwork can be found via GW 's Black library titled Space Marine Battles Artwork, Link below.
http://www.blacklibrary.com/new-at-bl/The-Emperors-Scythes.html
Posted by Jay188 at 12:16 PM