Hi Guy's here's some further progress reguarding my Dreadnought project, Im rather happy with how things are going so far anyhow on with the post. 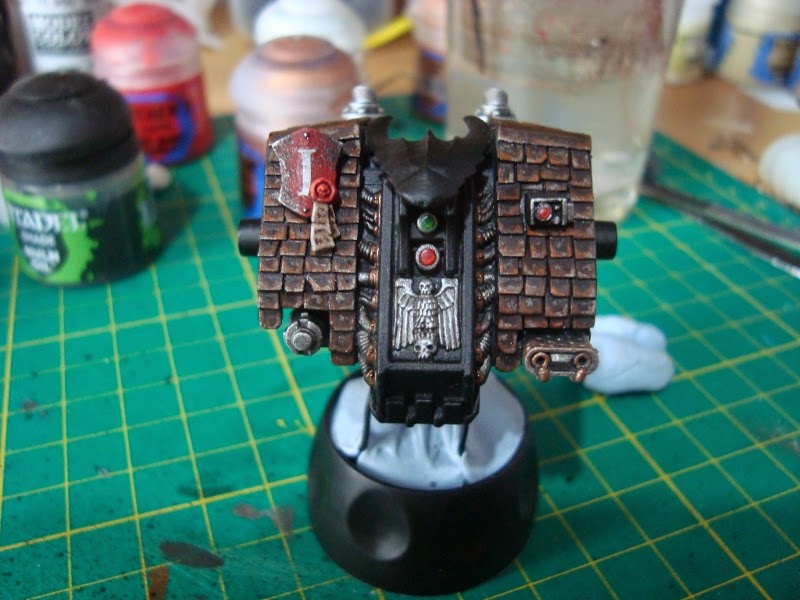 I've added some detail here, I've rusted up the plate mail armour and think the brown rust colour compliments the yellow and black of the Scythes very well.

The Red Shield with the number one indicates Rank and the Scythes last remaining company "Battle Company".

The paints used for the rust are.. Rhinox Hide basecoat then Mournfang Brown, Troll Slayer Orange and Leadbelcher with an Earthshade wash. 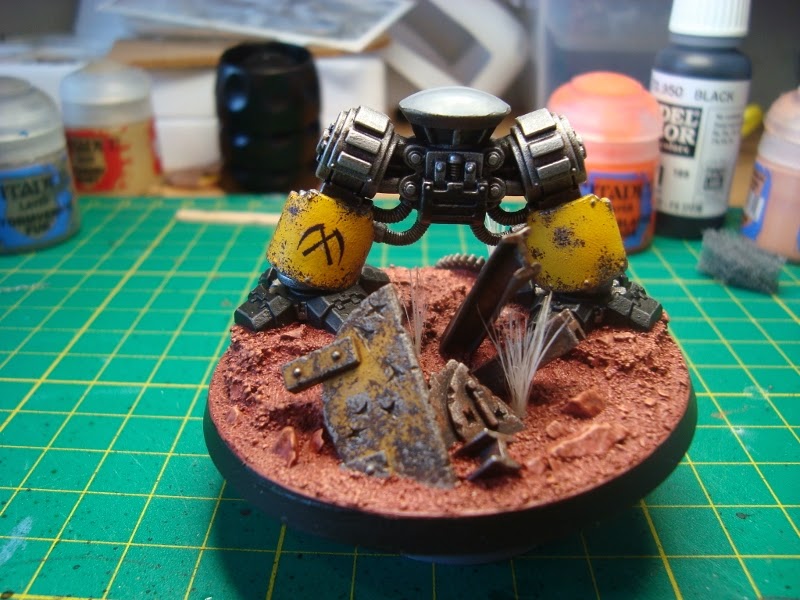 Here's a pic of the legs and base glued together.

"How to paint Martian bases" can be found by following the link at the bottom of this post.

The colour used for the base coat on the damaged Rhino door is Balor Brown and I weathered it the same way as the Dreadnought leg plates but using earthshade as the wash. 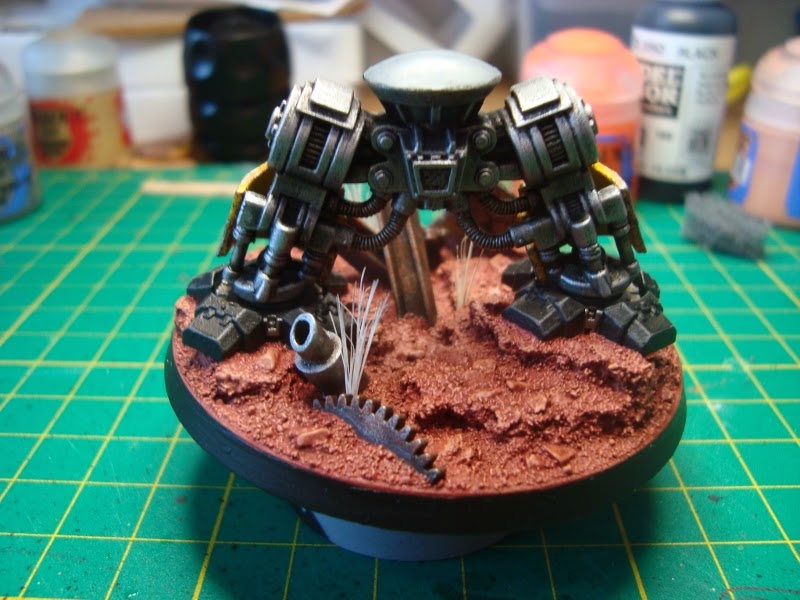 Rear view of legs and base.

The little sun bleached grass tufts were made using an old fashioned shavers brush, I just cut 1cm clumps off and stuck them on with PVA. 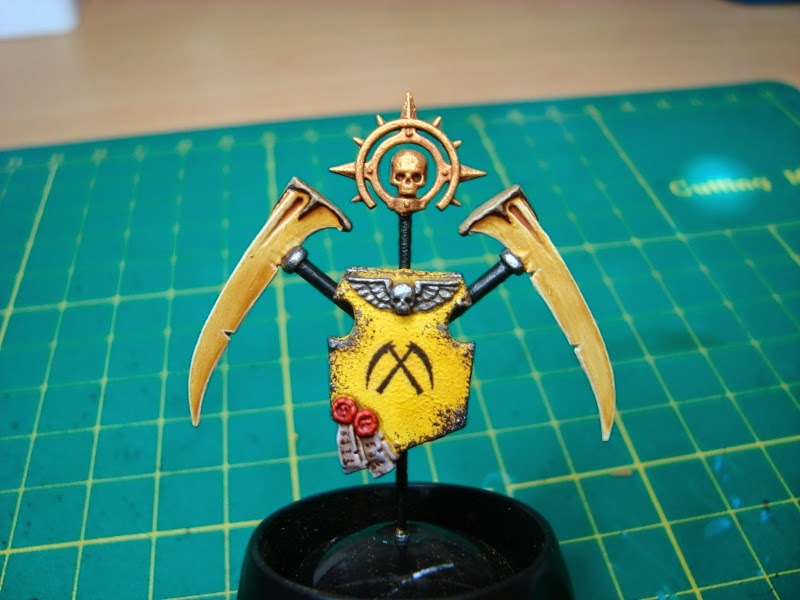 Really like how this turned out, the shield was painted the same way as the leg plates.

The bone claws were really easy to paint, after been sprayed white I washed them three times with Seraphim Sepia letting them dry each time upside down so that the ink flowed away from the point, leaving the point slightly lighter.

I then just edge highlighted them using Ushabti Bone........simple!! 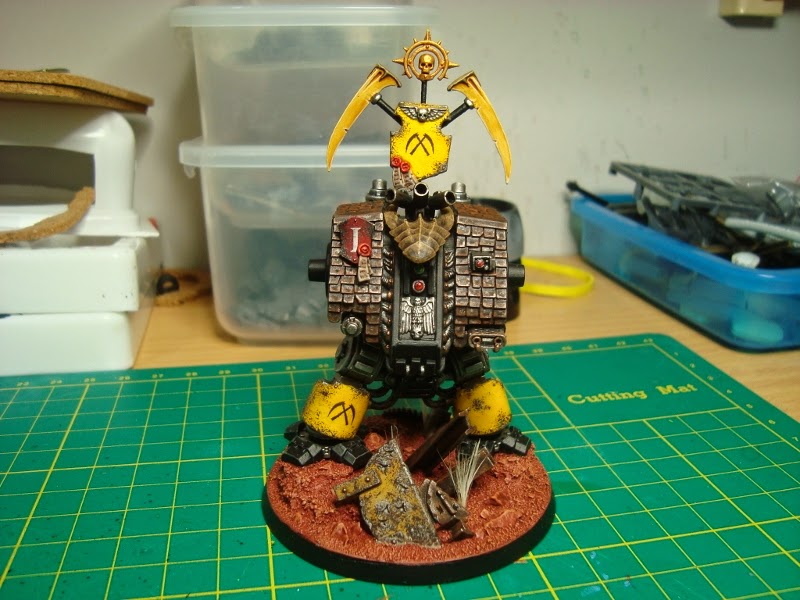 Here's the Beast all stuck together all be it "armless", Im really happy with it so far but there's more to do before this projects finished, hope you like it guys.