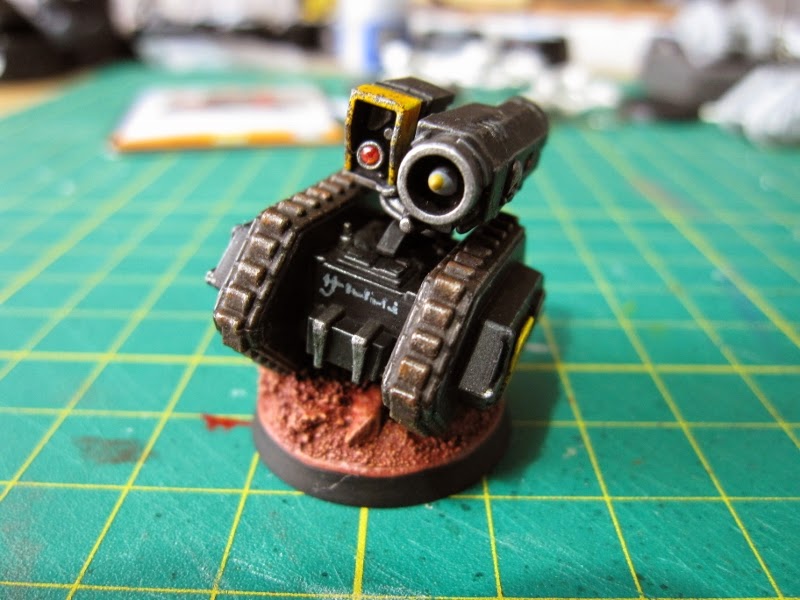 Hi guys, just a little conversion for a small Devastator Squad I have on the painting table right now, I've just finished the first one a thought I would share with you some progress pictures.

As you may know the Scythes of the Emperor chapter is seriously low on numbers and so to maximise squads in Battle Company Scythes Techmarines have devised small tracked weapon carriers named Mdar's ( Mobile Detection and Response System ) to prop up numbers in Devastator squads, while not totally autonomous these machines of death can track enemy movement and relay battlefield information back to the sergeants signum, then upon the sergeants command the Target is eliminated. 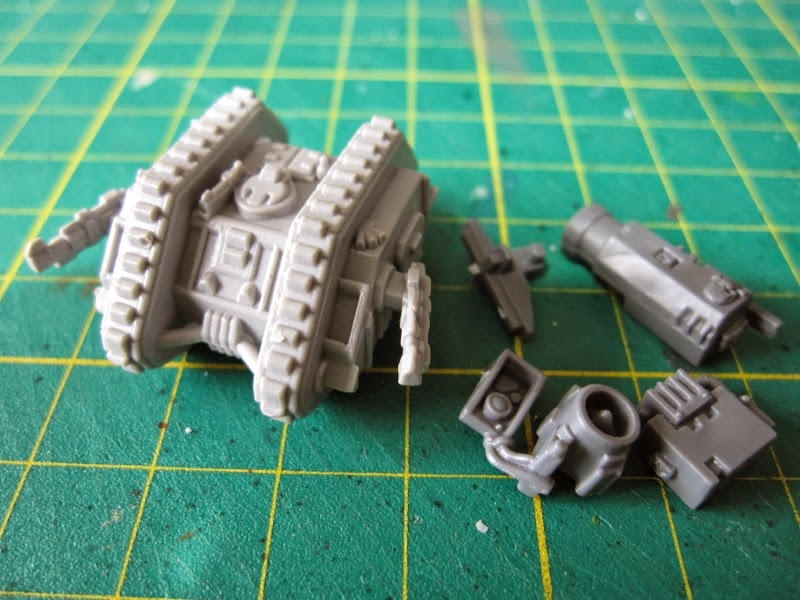 The bits I used for this conversion are a Space Marine Epic Landraider and a Hunter Killer missile unit from a Rhino.

The conversion was really easy to do just a little cutting with my model knife and some mold line removal. 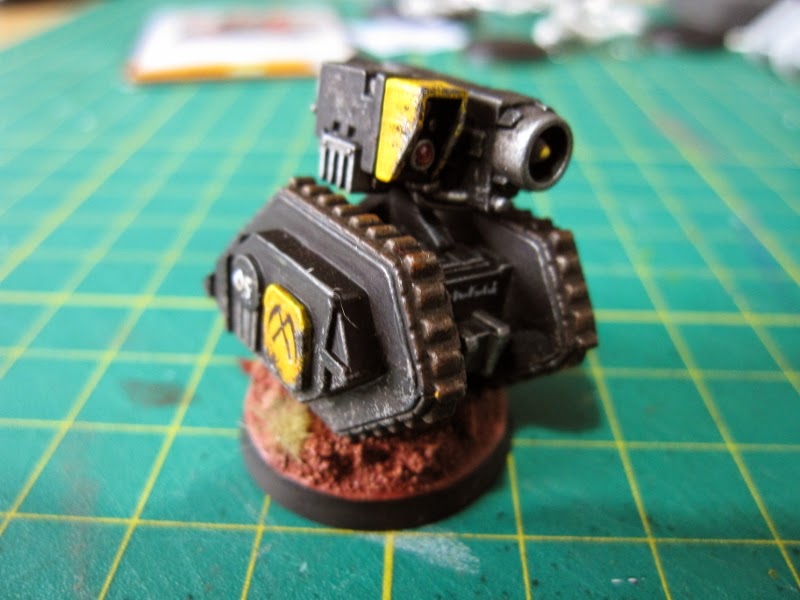 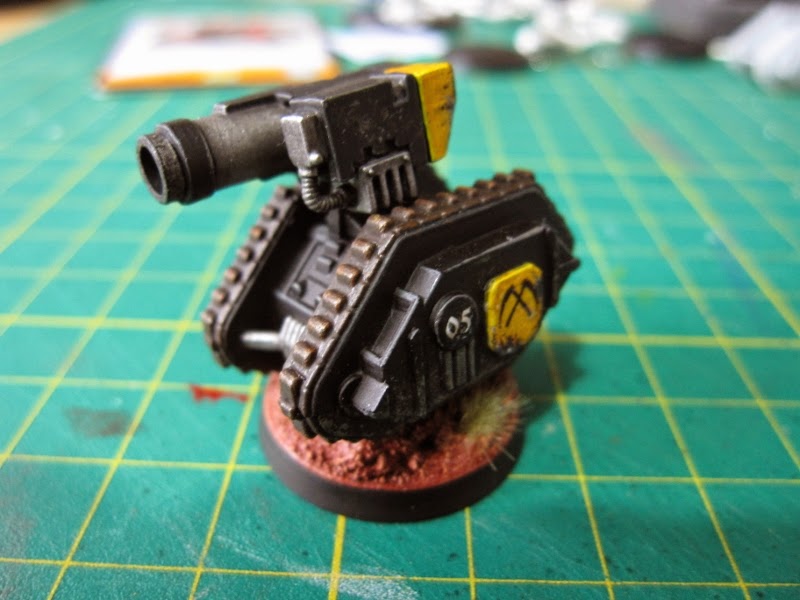