Hi guys, Just a short post but as promised earlier last month here's a photo of the finished Master of Signal kit-bash for my Iron Warriors.


I've used various parts from the Forge world and Games Workshop range of miniatures with a little green stuff for good measure. 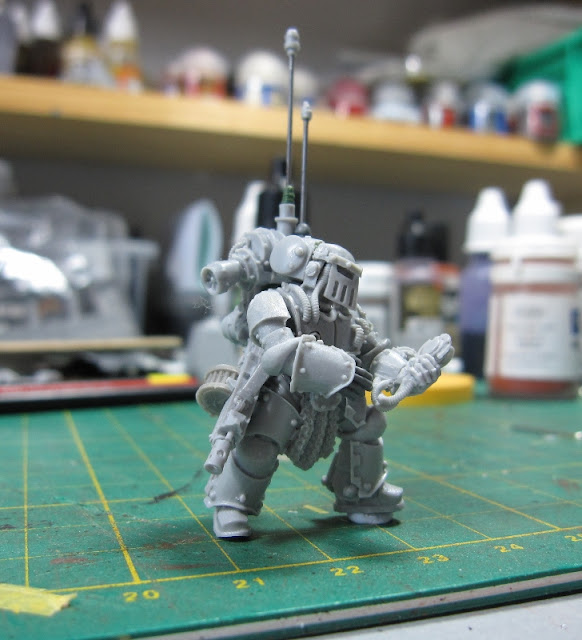 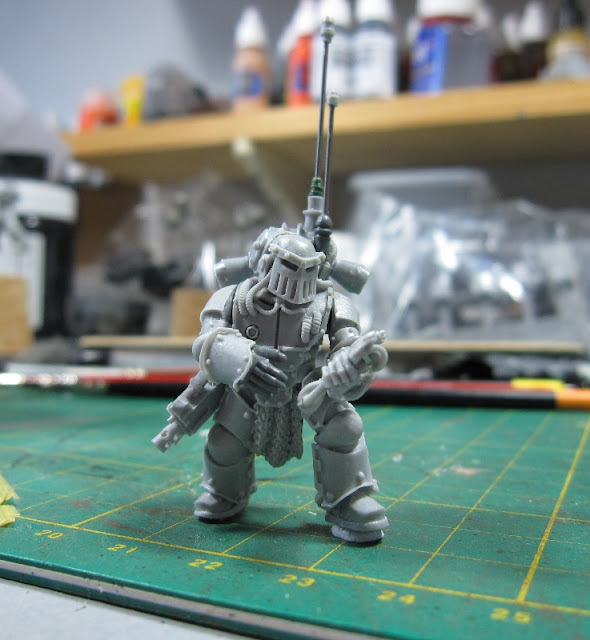 I wasn't that sure at first of the little effort atop both aerials but they've grown on me now so I'm keeping them, The most nerve racking part of this build was having to cut both the Master of Signal helmet and the Iron hands torso, which had the helmet attached, in half.


I think the mini has worked out quite well and I like the pose a lot, To my mind I see him with his foot up on some earthworks just about to input vital targeting data for a squadron of Medusa's...Awesome stuff.