Hi guys just a little post regarding a squad of Terminators I painted some time ago, given that I've been chipping the armour on my models of late I thought it would be a good idea to bring the termies in to line, a continuity thing if you like and I think they look better for it in any case. 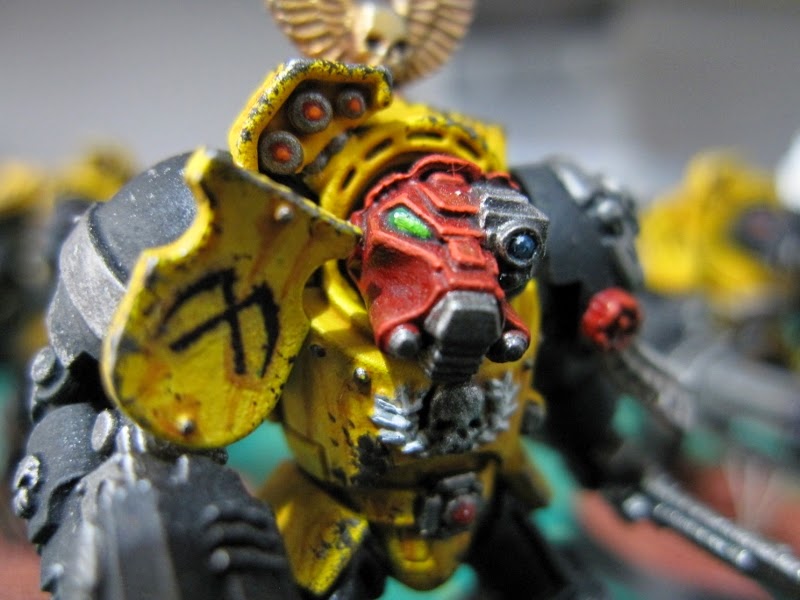 Apart from chipping the armour I've also used GW's Doombull Brown (watered down) as kind of a streaking fluid to represent dirt and grime that's built up over time.
I think it works quite well. 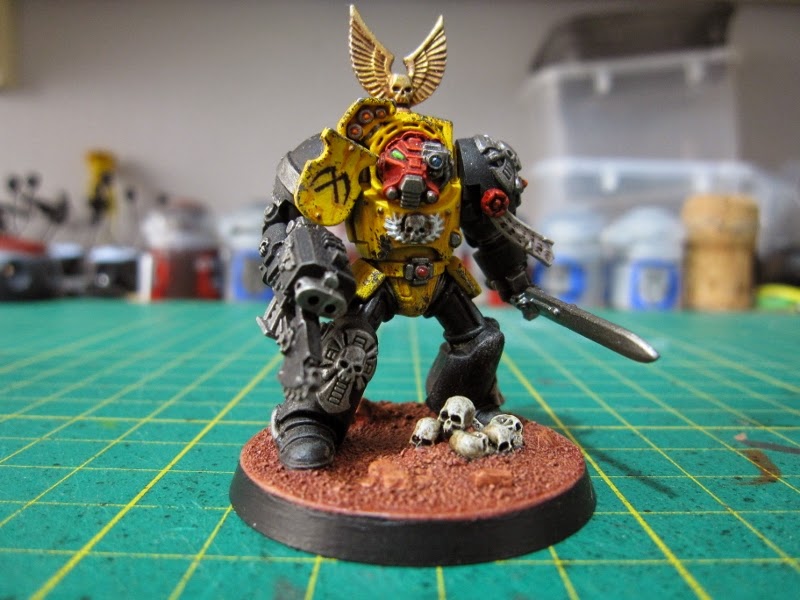 I really like this Terminator sergeant and think he compliments the squad well. 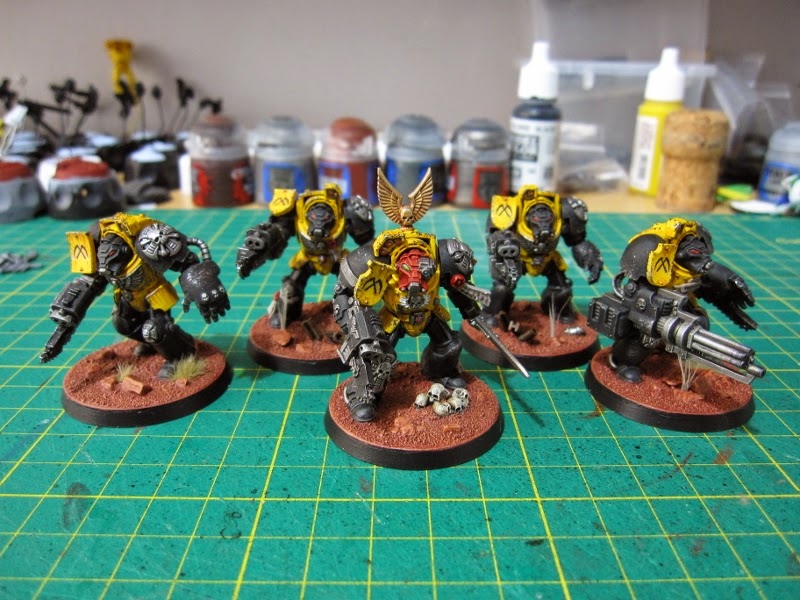 The full squad assembled ready to escort several salvation squads in to a apparently dormant Tyranid Bioship!.
Posted by Jay188 at 10:59 AM