Hi guys, Well then ever since the Legion Moritat Consul went up for sale on the Forge World site I knew I had to have one for the 188th Grand Company. 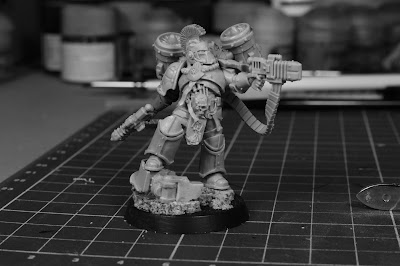 Trouble is, Well for me and my needs anyhow is that the Mk of armour the original miniature comes in, It doesn't really gel with my idea of what Iron Warriors should look like, Way too new for me so thought I would kit-bash one instead. 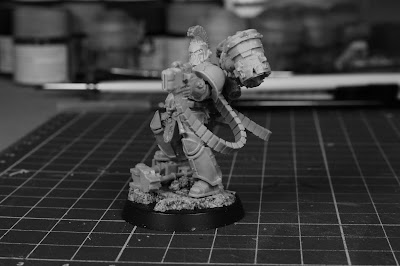 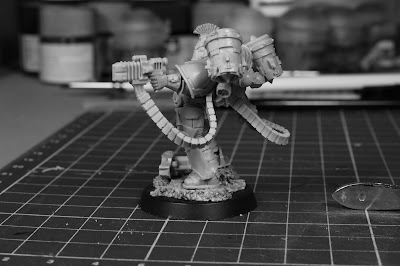 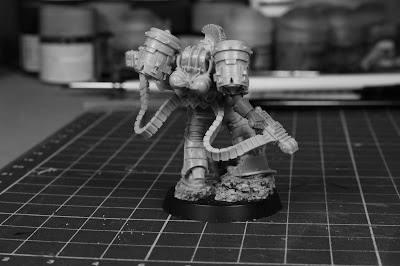 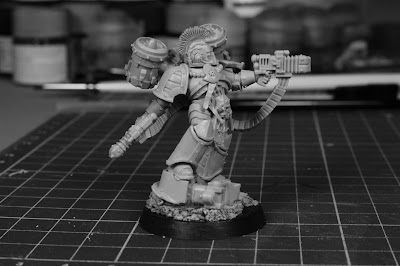 The base model of this Kit-bash is Narik Dreygur of the Iron Warriors with a converted Kharn (World Eaters) helmet, I used a Mk II jump pack and the original Volkite Serpenta weapons, I was thinking of using a couple of Volkite chargers but thought no he's a specialist and would have the best made weapons so kept them in.

Think I'll be magnetising the jump pack with a view to him maybe joining a Destroyer squad which won't have them ...but that's all down the line much later.


I still have a few bits to add to the base and also some grenades and maybe a knife to add to the miniature but you get some idea here of what he will look like, That's it for now guys.